What Should we call "Love." - in movies . CINEPLES
Skip To Content

What Should we call “Love.” 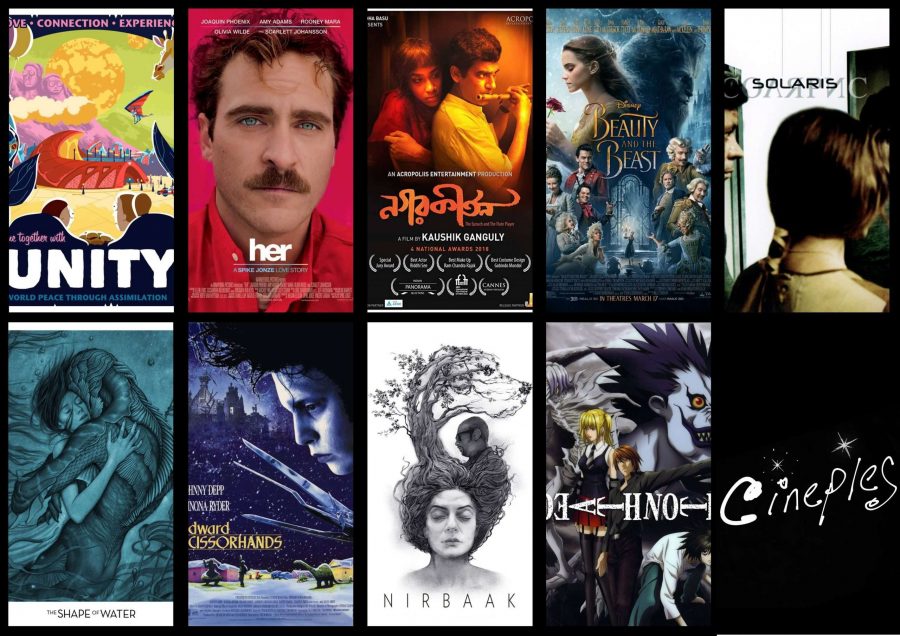 What Should we call “Love.”

A variable thing to surpass in our heart on the chemical reaction in our brain is love. Love is a default thing. In definition, there are 24 types of love, according to the dictionary website. As Noun “an intense feeling of deep affection: a great interest and pleasure in something.” as the verb to have love or affection for: to have a profoundly tender, passionate affection for (another person).”

There is love in Family, love for puppies or Cats ( Meeews ), or lover. Basically, love is a deep connection to someone or something. I’m talking about as a Lover. What have we seen on Screen in Movies? In movies, we can show the best way to express love. By acting, cinematography, music, Color Grading . in the infinite cinematic world, it is hard to choose between movies. 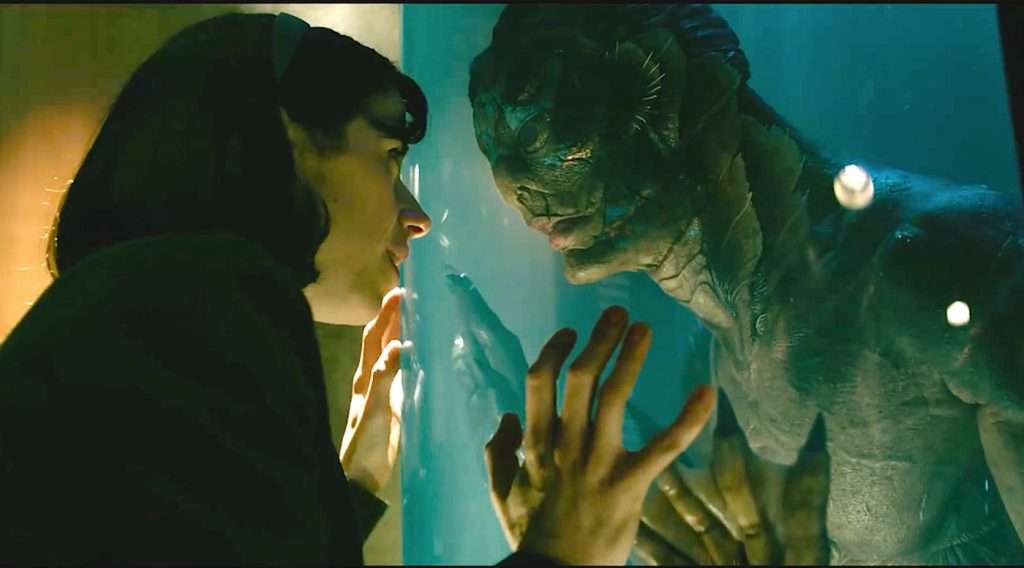 Elisa, the girl who falls in deep connection to the creature by caring for it .the creature falls in love with her too. Last two The lines are too easy to talk inst it? But there is more. Director Guillermo del Toro turns a monster/romantic movie into a visually labyrinthian of a powerful love story like a lyrical poem. 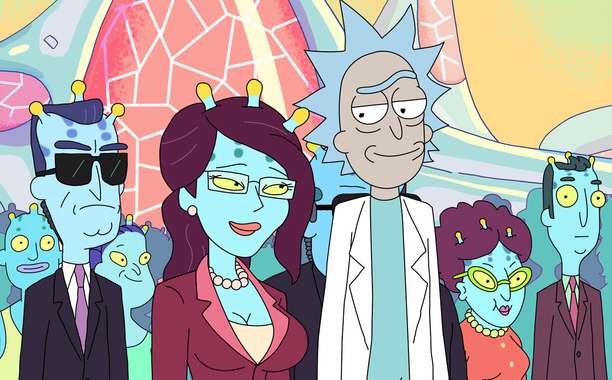 Rick, the scientist in season one, episode six, says,” ‘love’ is just a chemical reaction that compels animals to breed. It hits hard, …” 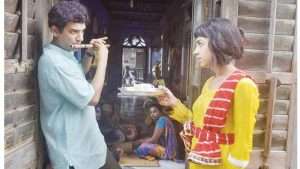 2017’s Indian Bengali Drama film”Nagarkirtan” was written and directed by amazing Kaushik Ganguly. Madhu, a flute player from the Kirtaniya town of Nabadwip, Fallen in love with a Transgender Puti.Later on, they escape the town to have a better life. Puti wants to change the internal sex organ by an operation to stay with Madhu. Still, Madhu sees Puti is as a human. He does hot have any problem with the being. The General Society of them does not accept this kind of love they fight on. With a measurable ending, this Movie is listed to be a part of this writing. 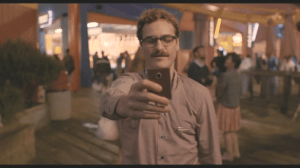 Director Spike Jonze and Cinematographer Hoyte van Hoytema is a complete package to present a cinema profoundly. The relationship between Theodore Twombly (Joaquin Phoenix), an introverted writer, and Samantha, an Operating system, is too warm in the viewer’s eye. Their conversation with each other, Samantha being a careful hand to Theodore, she organizing his lonely life after a Bad Divorce. It is lovely. My favorite quote is,

Theodore: ” I’ve never loved anyone the way I loved you.”
Samantha: “Me too. Now we know how.”

Watching “Her,” you will fall in love with the voice of Scarlett Johansson as Samantha. 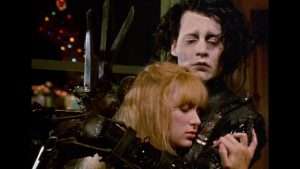 In the ’90s, Jhonny Depp was a craze of being different characterize on the screen. Edward Scissorhands is another excellent example. Edward, a synthetic man with scissor hands, is taken in by Peg, a benevolent Avon woman (Winona Ryder), after his innovator’s death and introduces him to her world. She protects Edward from a crime that he never commits. 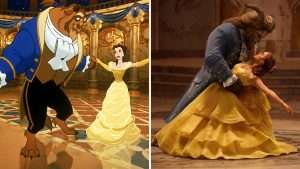 Disney’s Animation and live animation adaptation, Beauty and the Beast. A girl embarks on a journey to a cursed castle to save her father’s life, and she falls in love with the beast, who was cursed. It is the kindness and love that turns the cursed beast into a human. 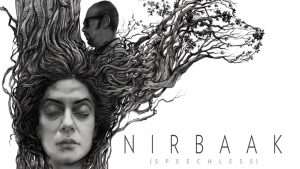 Modern Indian Bengali Film director Srijit Mukherji runs this time an experimental Bengali film. A Tree, A Dog, A Dead body, Two Lover, and A Narcissist person is the central part of the story. So how the connection is there is as purely showed in this film. the utmost dreamy love on nature, the pain for losing love sacrificing for it, is a pure desire in the Movie. Nirbaak is an excellent movie. It is a considerable thought of how we love differently. It is unimaginable on its context and phrase; the meaning of love, life is only an incredible eye that can catch this way.

The Cinema Poet Andrei Tarkovski brings the utmost magic on the screen with his fantastic cinema making technic. Solaris is his first sci-fi movie. the main Character Chris Kelvin’s ( Donatas Banionis) mission was to go to Solaris and observe fellow scientists’ unusual behaviors. Through the movie scientist, Dr. Snaut ( Jüri Järvet) told Kelvin, “Don’t turn a scientific problem into a common love story,”
but Kelvin did turn it to a forever remaining thing even he didn’t have it later. He sacrificed his life on his planet to live through the outer universe. 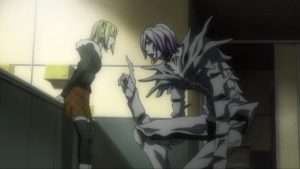 Death Note is one of the most famous Anime show on earth. Its suspense story and character development are its best to make such a big fanbase. Quite everyone talks about ‘L,’ the detective, a vast phenomenon anime character, and ‘ Light Yagami, ‘another mastermind. But I’m focusing on the Shinigami God of death Gelus and Rem. The rule is if a god of death fall in love with a human and failed to kill him/her, the god will die, and its destined life transfer to the person. Gelus was destined to kill Misa Amani, but instead, it falls in love with her, so it can’t fulfill its destined and dies. Later on, another shinigami Rem who saw it on its own eye but also fallen in love with Misa. And Sacrifice its life for her happiness.

So the question has to ask, What should we call love? Is it a Perimeter only on people? or like Hamlet said to Horatio, ‘ There are more things in heaven and earth, Horatio, / Than are dreamt of in your philosophy.”

What are your thoughts on this Article?
Let us know. Also, Come Visit Our Facebook Page where Cinematic Ramble Happen.